A caring and skilled team 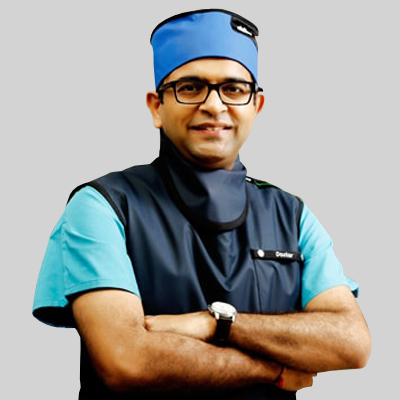 Dr. Bhavesh Arun Popat is an Endovascular Specialist practicing in the city of Mumbai with more than a decade of experience. After completing his fellowship in Vascular and Interventional Radiology from Seth G. S. Medical College, he continued to work as faculty at KEM Hospital. During his tenure at KEM Hospital he has been actively involved in treating complex endovascular cases along with training budding Interventional Radiologists.

He is a post graduate teacher under Maharashtra University of Health Sciences. He has several national and international publications to his credit and an invited faculty at several workshops & national conferences.

He has been awarded by Times Healthcare Leaders 20-21 for his Excellence in Vascular & Endovascular Specialty.

He is currently the Joint Secretary of Maharashtra State Branch of Indian Society of Vascular & Interventional Radiology (ISVIR).

His particular area of interest is in:

His academic achievements make length of his name seem small, is a young interventional radiologist.